Since holding its initial public offering in 2007, Jaya Konstruksi Manggala Pratama has taken an aggressive growth path and transformed itself to become one of Indonesia’s leading integrated infrastructure development companies with core competencies in the infrastructure and construction sectors.

“Our involvement in this massive road project underlines our support for the government’s move to accelerate infrastructure development not only in Jakarta, but throughout the country,” says Okky Dharmosetio, vice-president. “Building infrastructure furthers economic growth and improves peoples’ lives.”

Through a subsidiary, Jaya Konstruksi is the biggest asphalt distributor in the country.

Jaya Konstruksi has built a reputation of reliability, quality and timeliness in its more than 50 years of operations. Its strong track record is highlighted by several accolades, including being among the recipients of the 100 Fastest Growing Company Awards for 2017 by Infobank magazine and one of Forbes Indonesia’s Best of the Best Companies for 2017.

“Human resource is our most valuable asset,” says Sutopo Kristanto, president. “It’s the teamwork within that has fuelled our growth. We also attribute our success to our core values of integrity and fairness, which have guided our approach to business from the start.”

To strengthen its foothold in the market, Jaya Konstruksi has made key acquisitions over the years. The most recent is its purchase of an almost 30 per cent stake in VSL Jaya Indonesia in partnership with Switzerland-based VSL International, a member of Bouygues Construction. VSL, which has been a long-term partner of Jaya Konstruksi, undertakes major construction schemes in Indonesia.

“We continue to look for investment opportunities in infrastructure and in water supply and waste-to-energy projects,” Kristanto says. “We seek partners who are reliable and have strong expertise in these fields.” 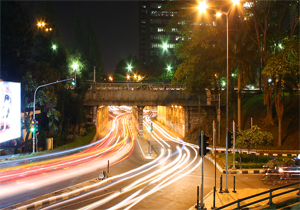